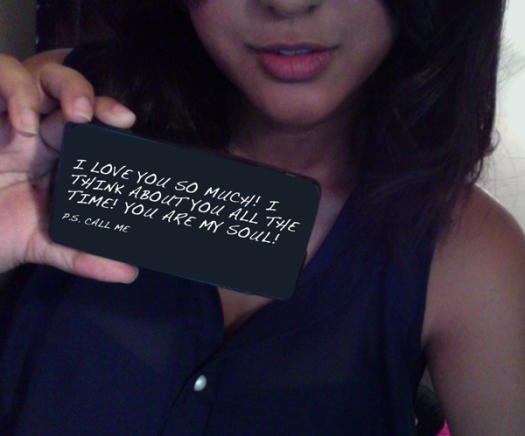 I will admit that I am not the most normal girl out there. Like the majority, I am highly contradictory in nature, I have my girly moments, suffer from raging PMS and will pout until I’m asked “what’s wrong?”. That being said, I am fairly certain (unless proven otherwise, and I want documented evidence) that I am not a psycho chick. (Yes, this post is in follow up to the earlier “Casual Sex, Crazy Bitches“.)

Oh, we all know at least one of these psycho chicks. By the way, some of these do apply to loony men too. We know you’re out there.

This is the girl you didn’t make plans with but just turns up. Like that unexpected “you’ve won an iPhone” pop-up on your browser! Except you’ve won absolutely nothing but a stalker. She seems to always knows where you are and will mysteriously appear, with the illusion of having a good time. If she’s alone, it’s actually not that bad. If she’s with a bunch of people, this is more worrying. It means she took the time to get friends together for a group-stalk. She’s putting effort into tracking your ass down. In this scenario, stop revealing your location on Facebook, Foursquare and public Facebook events.

Girls seem to get ridiculously emotional over weekend nights – although there is a burgeoning trend for guys doing this too. I’m sure every guy has experienced this. It’s been weeks since you communicated and there it is. That little buzz buzz. That profession of love. That “I need you”. Now, some guys fall for this while trying to capitalize on a sexual opportunity but beware! There’s deep-seated emotional drama below so copulate at your own peril and enjoy the praying mantis situation in the morning.

This is the girl that never seems to want to leave you. She doesn’t appear to have any plans or life of her own. She spends the night with you and stays till you need to make fake plans the next afternoon just to get her ass out of there. By the way, the chances of her leaving wearing a t-shirt you own is high. She wants to have something with a return policy. I suggest keeping a supply of cheap t-shirts you are willing to part with.

The classic psycho-girl move: induce jealousy. She’s obviously madly in love with you – and will call upon “the pop-up” move, and jealousy. So she will pretend to have a grand ol’ time without you, usually with an unsuspecting male companion (some of you aren’t too bright) in an effort to catch your attention and show you what you’re missing or that she’s moved on. If her eyes are more on you than her companion, don’t fall for it! She’s still the same psycho chick you got rid off a few months ago – just with a better outfit. Once that’s stripped, she’s behind your shower curtain with a knife.

Men, your penis is not a reliable thought-generating organ. Stick to your brain and logic on this one and stay the hell away from these psycho chicks. They will cling to you, so you have to man up and pry their cold claws from your skin.

Ladies, get your shit together. If it’s not working out, move on. You’re only embarrassing yourself in the most unrecoverable and tragic way possible. And you’re dragging the rest of us non-psycho girls down with you. Take a hint, take a break, take a pill, take a lover – do what you have to do to sort your own life out.

4 Replies to “The Psycho Sisterhood.”